Following the self titled EP released in 2016,
the boys at Deadbeat Brass are excited to announce
their first album release, ‘Charge!’,
a long awaited venture for the band, due for release late 2017.
The album is predominantly made up
of the band’s own fusion of riot jazz with a couple of
classic rock tunes mixed in. Watch this space… 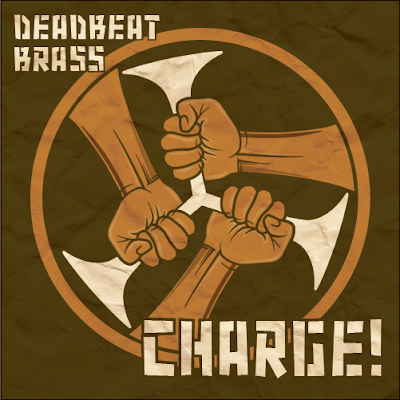